Deuteronomy 28
33 The fruit of thy land, and all thy labours, shall a nation which thou knowest not eat up; and thou shalt be only oppressed and crushed alway: 45 Moreover all these curses shall come upon thee, and shall pursue thee, and overtake thee, till thou be destroyed; because thou hearkenedst not unto the voice of the Lord thy God, to keep his commandments and his statutes which he commanded thee: 46 And they shall be upon thee for a sign and for a wonder, and upon thy seed forever.

CHICAGO (AP) — For many Black Americans, Kyle Rittenhouse’s acquittal on all charges by a Wisconsin jury on Friday confirmed their belief in two justice systems: one for white people and another for Black people.

Rittenhouse, the two men he killed, and the man he wounded were all white, but the case has been linked from the start to issues of race and the criminal justice system.

Activists have previously pointed to differences in how police handled Rittenhouse’s case and that of Jacob Blake, the Black man who was shot by a white Kenosha police officer in August 2020, sparking protests in the city that became destructive and violent.

Video footage played during the trial showed Rittenhouse running toward police still wearing his rifle, and continuing past the police line in officers’ direction. He turned himself into police in Antioch, Illinois, early the following day.

And though Kenosha prosecutors filed serious charges that had the potential to put Rittenhouse in prison for life, the criminal trial also struck many activists as unusually deferential to the defendant.

“You can really smell and see the underlying systemic racism that’s in the judicial system and the policing system,” said Justin Blake, Jacob Blake’s uncle, following the verdict.

Black activists in Kenosha said the verdict showed they need to continue pushing for change in their city and state — in local elections, in education, and in changes to policing. 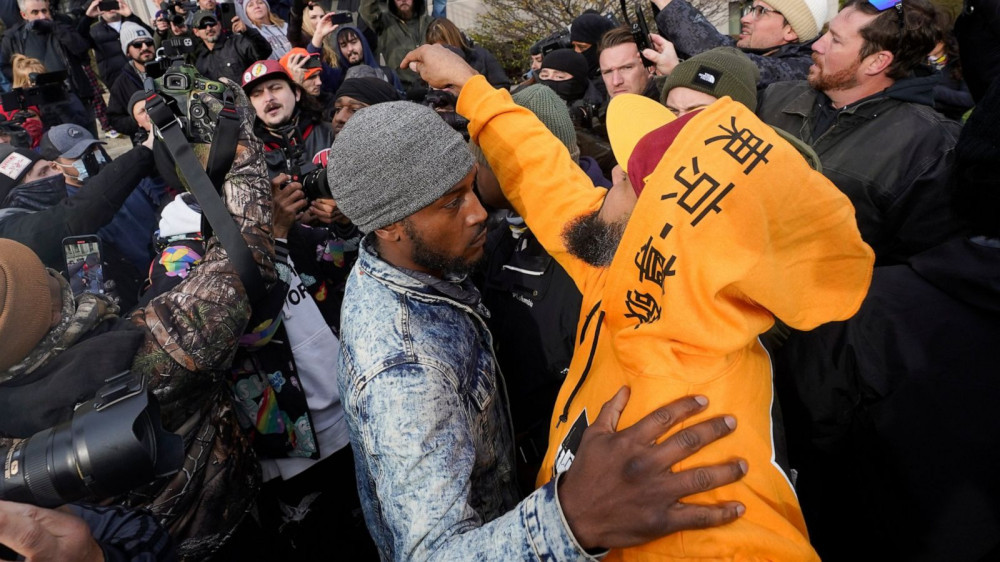 Still, Judge Bruce Schroeder’s handling of the case drew scrutiny at several points, including when he said before it began that the men Rittenhouse shot could not be referred to as “victims” at the trial – a longstanding rule in his courtroom. Schroeder also led a round of applause for military veterans just as a defense witness who had served in the Army was about to testify, and let Rittenhouse himself draw juror numbers to dismiss alternates — also his longstanding practice.

Local attorneys characterized most of the 75-year-old judge’s rulings and methods as typical for his courtroom and within the boundaries of the law, and Rittenhouse attorney Mark Richards said he had “never seen so much made of so little.”

But others questioned whether Schroeder’s decisions influenced the jury.

“From the outset, this case has pulled back the curtain on the profound cracks in our justice system — from the deep bias routinely and unabashedly displayed by the judge to the apathy of officers who witnessed Rittenhouse’s crimes and did nothing,” said Ben Crump, a civil rights lawyer who has represented the families of Jacob Blake, Trayvon Martin, and Ahmaud Arbery. “If we were talking about a Black man, the conversation and outcome would be starkly different.”

Richards said Schroeder has a reputation for tough sentences but “gives you a fair trial as a defendant.”

“And if we lost, we knew what was going to happen,” Richards told reporters after the verdicts. “So it wouldn’t have mattered whether it was that judge or some other judge. He’s getting life in prison.”

Frankie Cooks of Kenosha, standing at the courthouse steps shortly after Rittenhouse’s clearance, wasn’t angry over the outcome. She said she couldn’t be sure jurors got it wrong.

The complaint from Cooks, who is Black, was that she has never heard of Wisconsin’s self-defense laws working in favor of those in her community.

“Rittenhouse wouldn’t have been acquitted if he was a Black man,” Cooks said.

For Cooks it’s personal. She said her 20-year-old son, Tyrese Sherrod, is charged with opening fire at several men who she says attacked him at a Kenosha gas station in October. He faces five felony counts, including first-degree recklessly endangering safety and first-degree reckless injury, according to the Kenosha News. 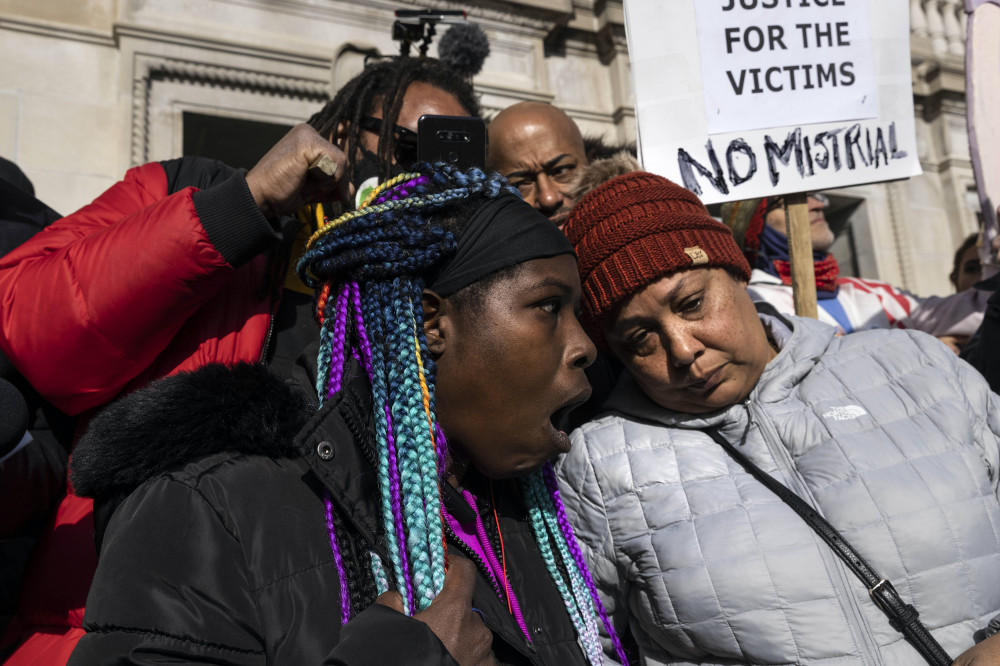 Rittenhouse’s acquittal created fear that protesters against racial injustice and other causes will be in danger from right-wing causes that already deemed Rittenhouse a hero after the shootings. The Rev. Jesse Jackson, the longtime civil rights leader, and activist, told The Associated Press that it suggests “it’s open season on human rights demonstrators.”

“The concern over this verdict is compounded by the fact that (Jacob) Blake, who was originally the issue, was shot by a policeman seven times in the back. He’s in a wheelchair today, paralyzed forever. And that policeman is walking the streets of Kenosha, on the force today,” Jackson said.

Find AP’s full coverage of the trial of Kyle Rittenhouse at: https://apnews.com/hub/kyle-rittenhouse